I had the hardest time narrowing down this list to my top 15 February children’s book releases. I opened up my tab of February releases and easily had 75 or more books to choose from! While this is a good problem to have, it does mean I had to cut books that are really great but just didn’t quite make it on this list. It also means that all 15 books on this list are absolutely stellar. This month, I have new books by established authors like Pam Muñoz Ryan, Eva Chen, and Aisha Saeed. I also have debut authors with wonderful books, including a picture book by Neil Armstrong! I feel like I’m seeing more diverse children’s books lately, but I’m not sure if that’s because there are actually more diverse books being published or because I have intentionally sought out those books for years, so those are the ones I tend to see. Regardless, this list has lots of diverse authors and diverse perspectives, from a Chinese American homage to a sweet story about an immigrant missing her abuela to a middle grade featuring two autistic middle schoolers. I’m happy to see so many excellent diverse books being published, and of course would love to see more.

February is the coldest month of the year where I live, which also, in my opinion, makes it the best reading month. I bought my spouse an electric blanket for Christmas, and I’ve been using it every evening with my daughter, curling under its warmth while we read together. It’s the best, and I’ve used it far more than my spouse, ha! These 15 February children’s book releases all make excellent cold-weather reading, so get those cozy blankets ready. 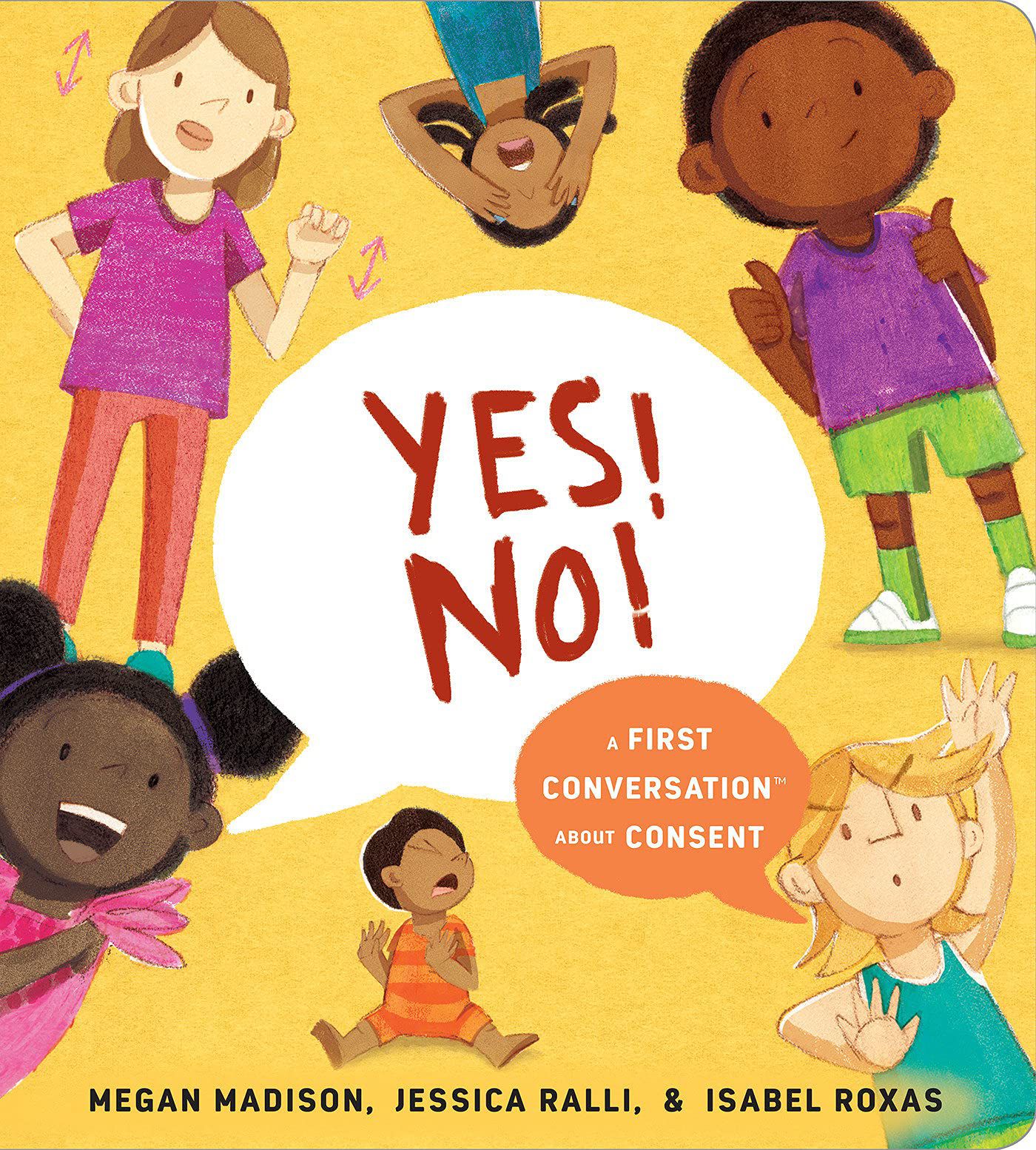 The First Conversation series is essential for every child’s library. Like the other books in the series, this one is being published as both a board book and as a hardcover. It explains consent in early childhood, empowering children to respect their bodies and to say “No” when they feel uncomfortable with touch. For example, when the child says “No” to the tickle monster, the parent respects the no and doesn’t tickle the child. I honestly feel like child caretakers need to read this as much as children! It’s so essential for children and adults to learn that no means no, and these types of interactions start in early childhood. Pair this book with the picture books Don’t Hug Doug and Rissy No Kissies. 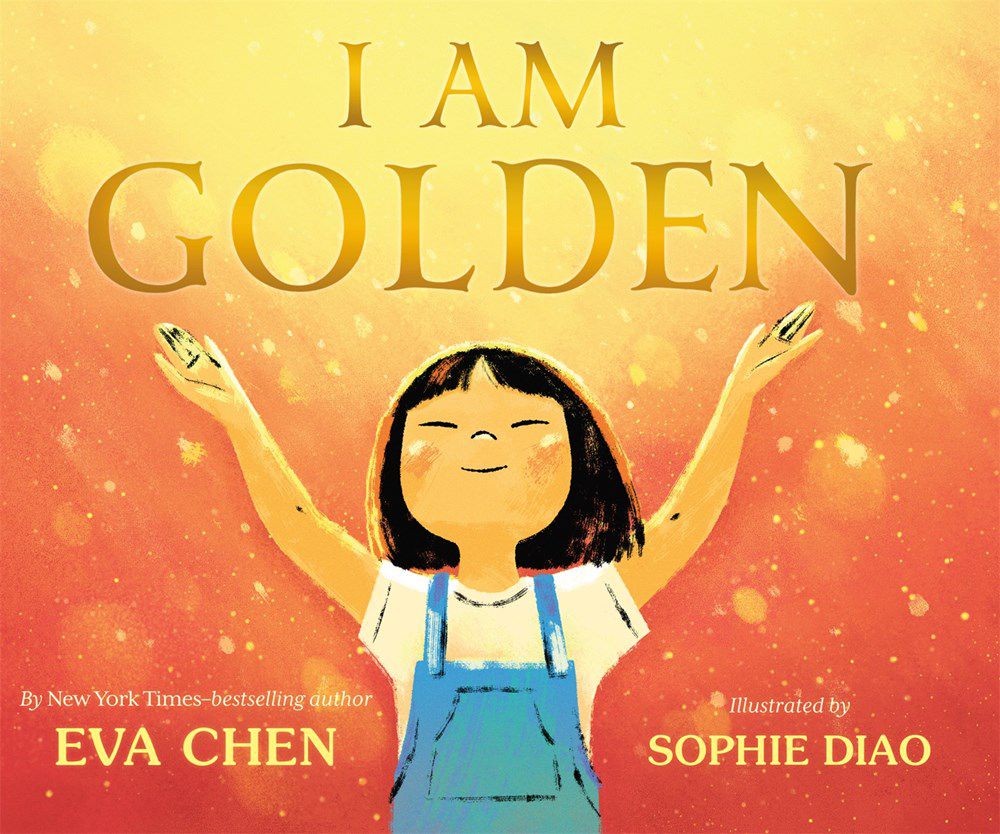 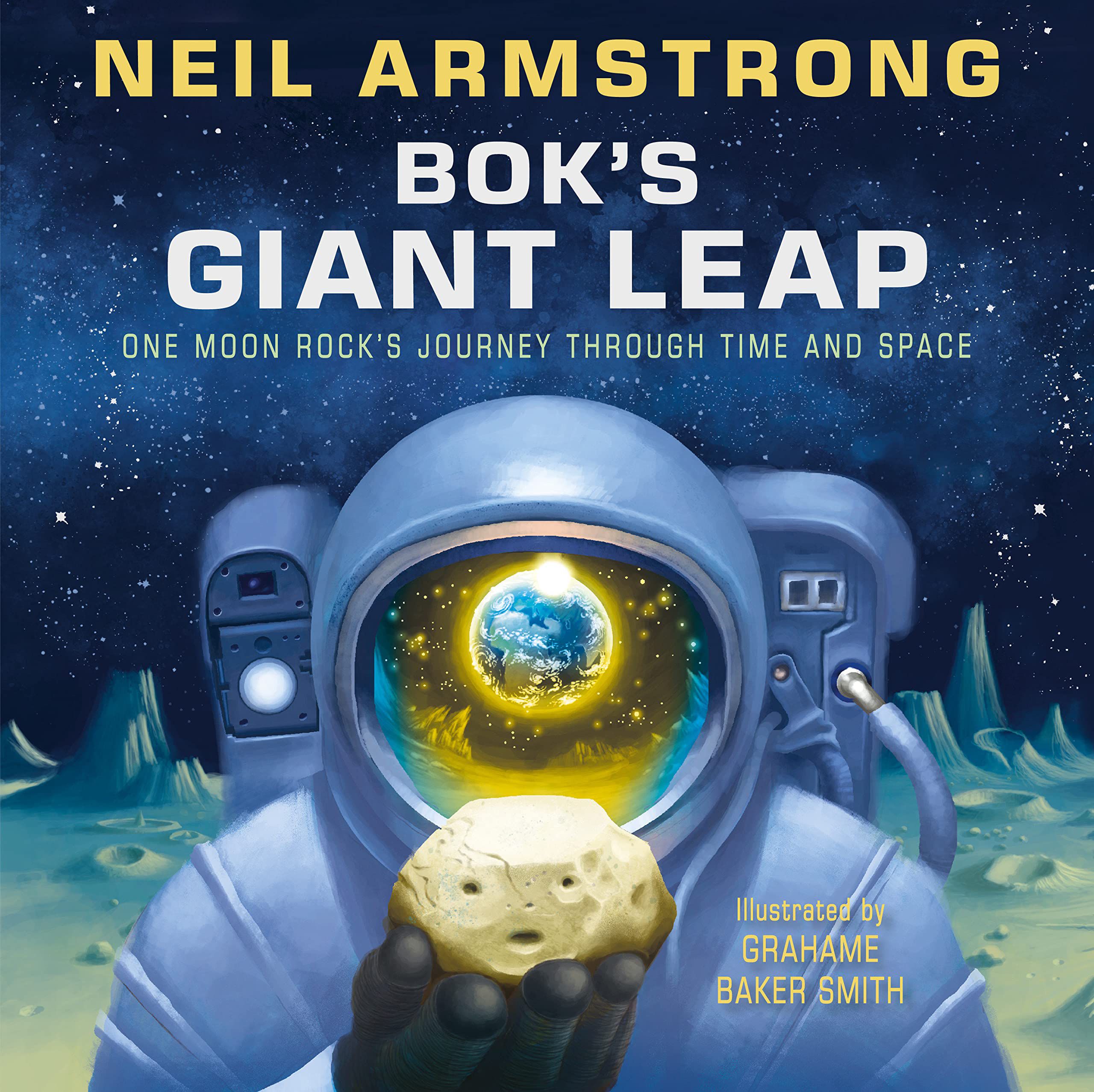 This is famed astronaut Neil Armstrong’s first children’s book! Neil Armstrong named the moon rock he collected during his first mission to the moon “Bok,” and this picture book focuses on that single moon rock to tackle the epic history of the earth and moon. It opens with a child wondering about the moon. It then catapults backward in time to Bok’s creation, from being struck by an asteroid to coming to land on the moon to being scooped up by Neil himself. It’s sure to fascinate little astronomy lovers, and award-winning illustrator Grahame Baker Smith’s illustrations are stunning. 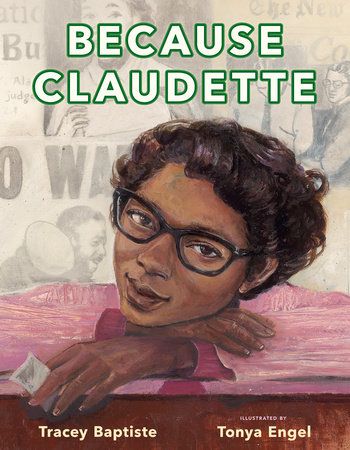 February is Black History Month, and this picture book about teen activist Claudette Colvin and her participation in the Montgomery Bus Boycott is perfect for studying Black history. I especially love picture books that focus on children becoming activists. Claudette Colvin’s activism began early, when she learned and read about Sojourner Truth, Frederick Douglas, and Harriet Tubman. The Montgomery Bus Boycott occurred four days after Rosa Parks was arrested for refusing to move for a white man on a city bus. Claudette was one of many to sit on a segregated bus, refusing to yield her spot. She was arrested and eventually testified in a case that would declare segregated buses unconstitutional. This picture book is an accessible look into the life of an important teen activist, beautifully illustrated by Tonya Engel’s paintings. 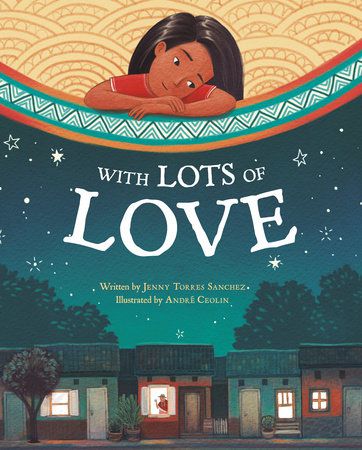 Riccio has moved from Central America to a new home in the United States, but she desperately misses her old home, and she misses her abuela in particular. She misses Abuela’s warm hugs, her piñatas, the warm tortillas and sweet buñuelos she would make. The child narrator misses hearing the language of her home too. But a special gift from her abuela helps her find a little bit of her abuela’s love in this new home. This intergenerational picture book is just so sweet and charming. It’s also being published in Spanish! 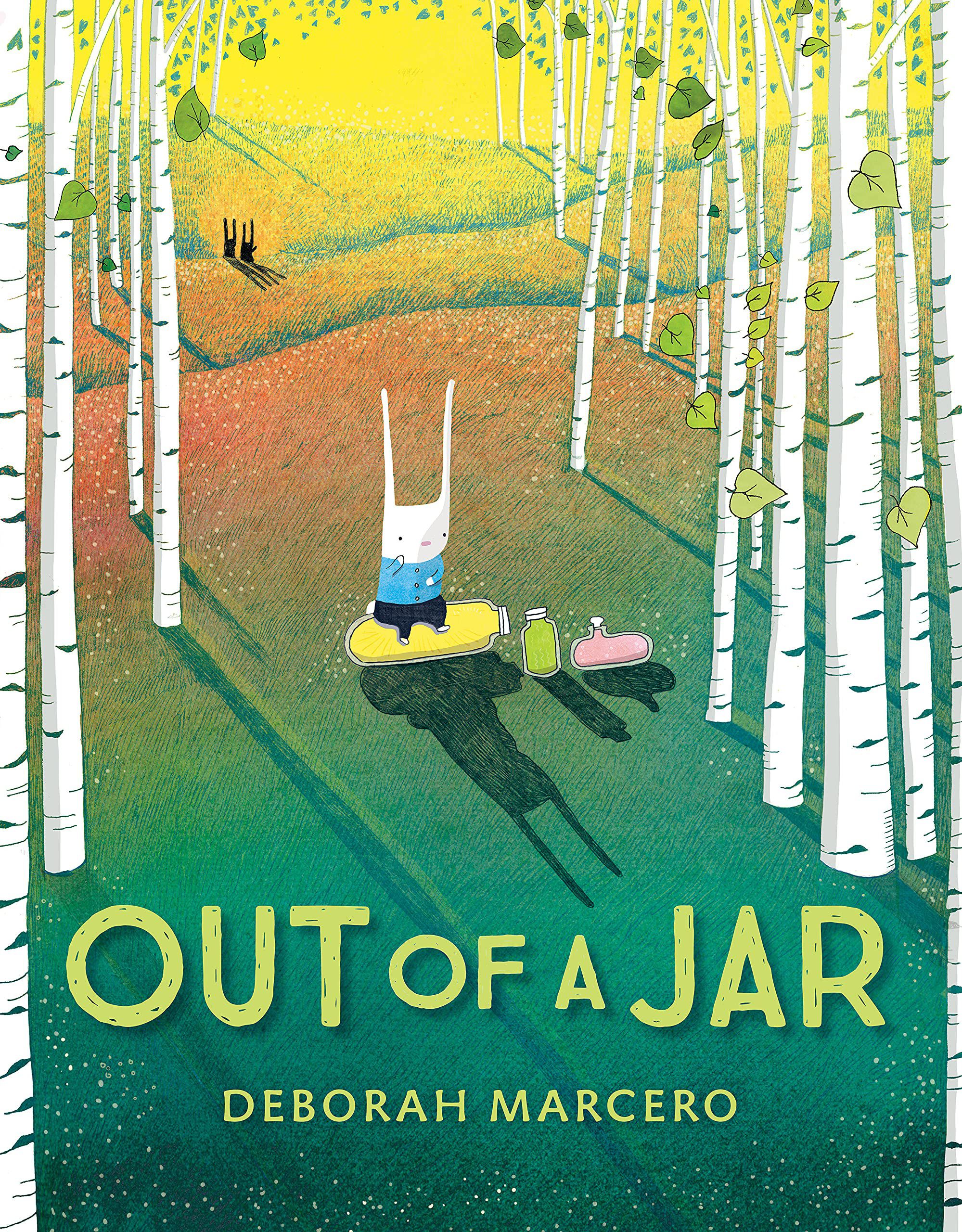 Out of a Jar by Deborah Marcero (February 8; G.P. Putnam’s Sons Books for Young Readers)

While I adored Deborah Marcero’s previous picture book staring the bunny Llewellyn — In a Jar — I think I like Out of a Jar even better. Llewellyn has a lot of feelings. He feels scared at night, excited during music class at school, disappointed when his balloon flies away. But it seems like it’s never okay to express his emotions, so he begins bottling them up in jars, tucking them away so no one can see them. But there are too many feelings to bottle, and Llewellyn comes to realize he only feels like himself when he can express them. This is such a fantastic picture book about learning and naming emotions, and the importance of being free to express them. 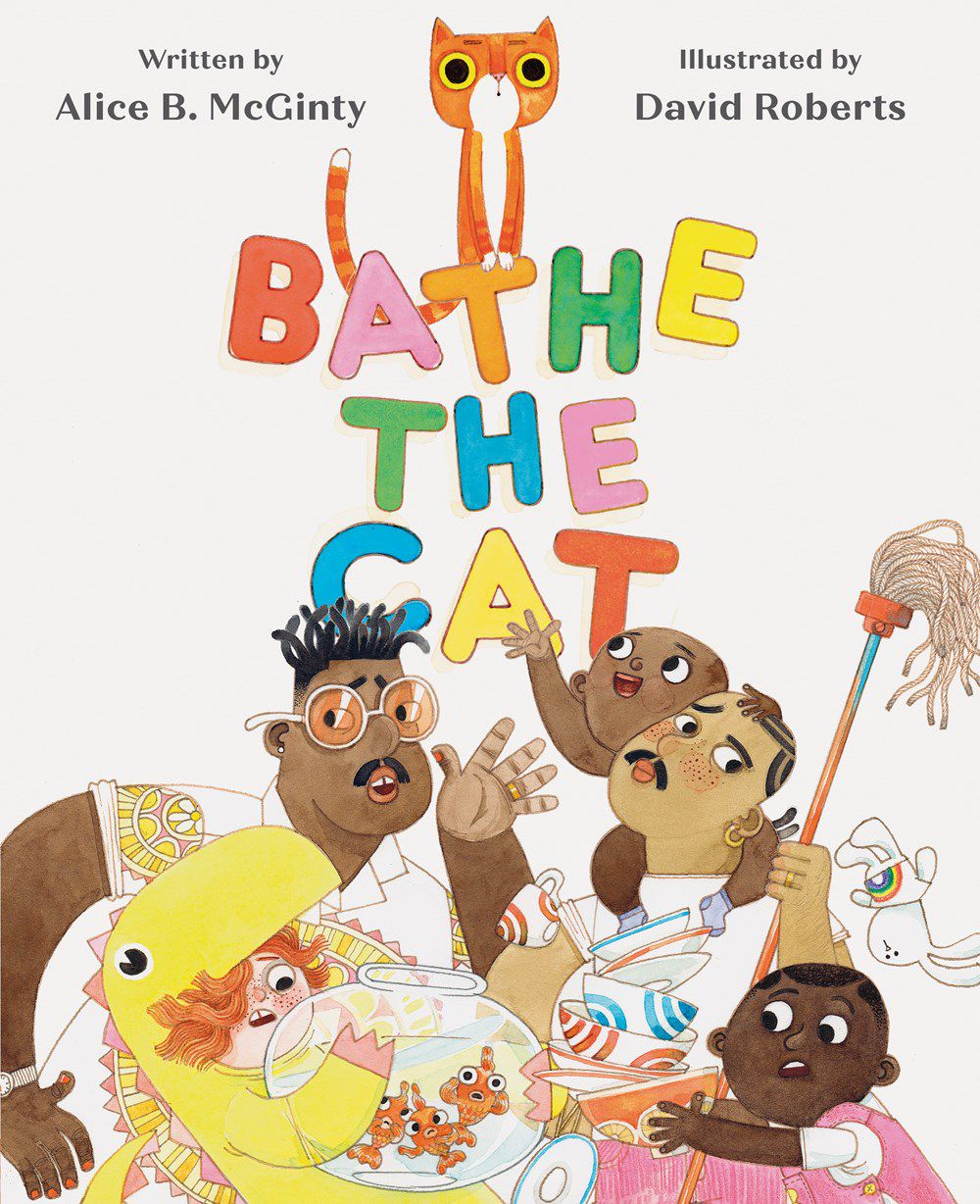 This picture book is so hilarious, and a great example of depicting queer joy in children’s books! A family of two dads, two children, and a mischievous cat are desperately trying to get ready before Grandma Marge arrives. One dad takes charge and lists everything to do on the refrigerator with magnetic letters. But when the cat hears the dad list “clean the cat,” the cat decides to play around a little with the letters to avoid bath time, with absurd results. This is a much-requested picture book by my 4-year-old, who then likes to pretend she’s the cat and rearrange all the alphabet letters on our refrigerator. Readers might recognize the illustrator, who also illustrated the Questioneers series. 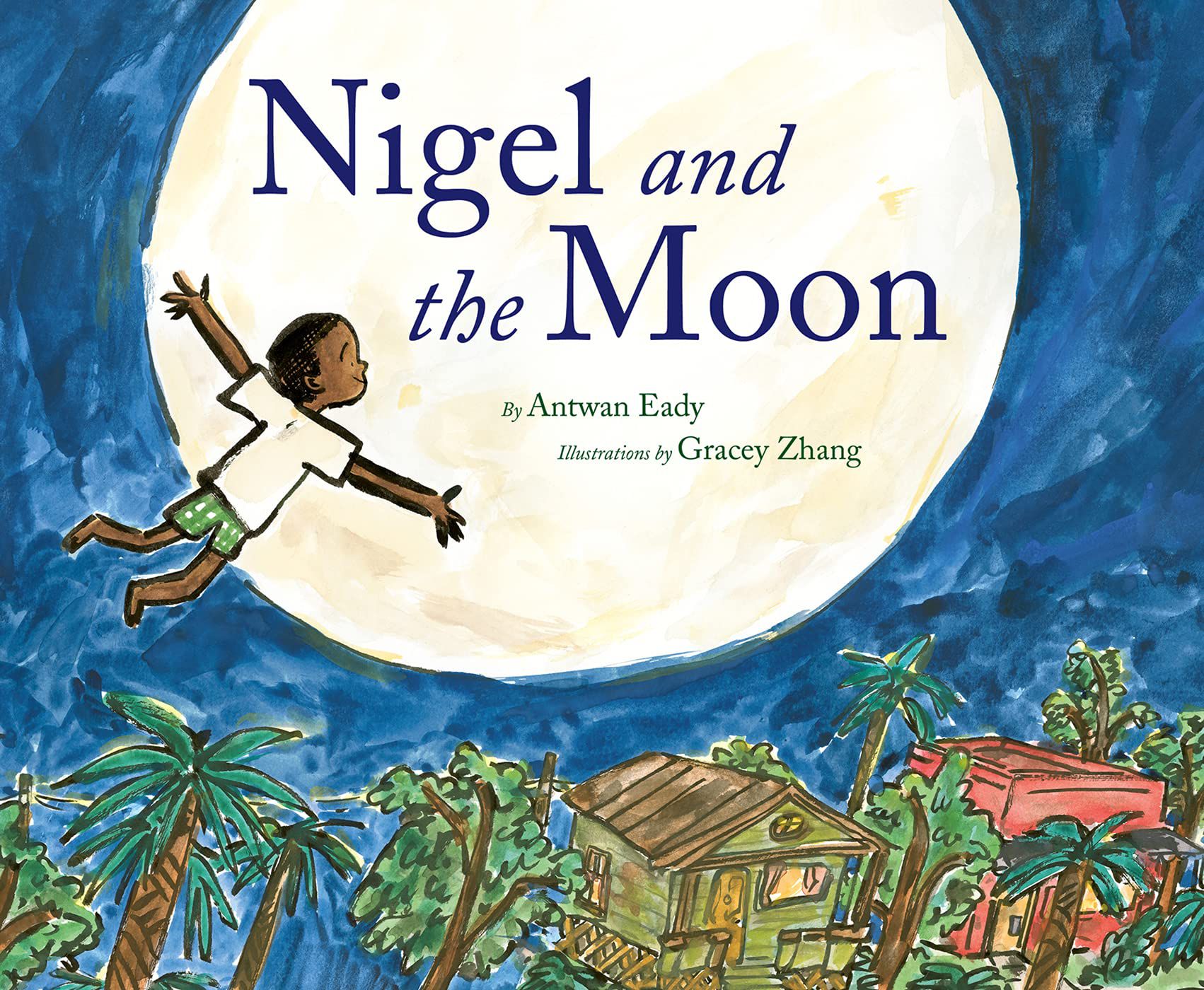 It’s career week at school, but Nigel — a young Black child — doesn’t feel comfortable sharing his dreams with the rest of the class. Instead, he shares his dreams with the moon, about how he imagines becoming an astronaut, or a dancer, or a superhero. But with encouragement from his parents and the silent strength of the moon, Nigel decides he can finally tell the world his dreams. This is a super sweet and empowering picture book by the founder of #BlackCreatorsInKidLit. 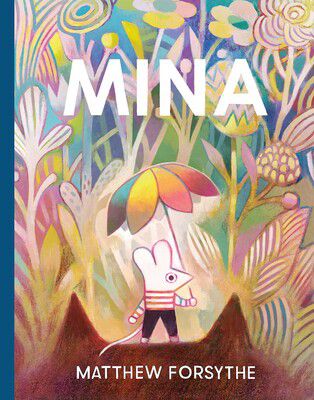 Both my daughter and I adored Forsyth’s award-winning picture book Pokko and the Drum, and Mina is Forsyth’s stylistic follow-up. It features a young mouse named Mina, who is a bit fed up with her father’s surprises, though she mostly ignores him. Then one day he brings home what he calls a squirrel, but Mina can most definitely see it’s a cat. But her father won’t listen to her! This vibrantly illustrated picture book has the same sort of dark humor as Pokko and the Drum. Young readers who enjoy Jon Klassen’s hat books will also enjoy Forsyth’s humor. 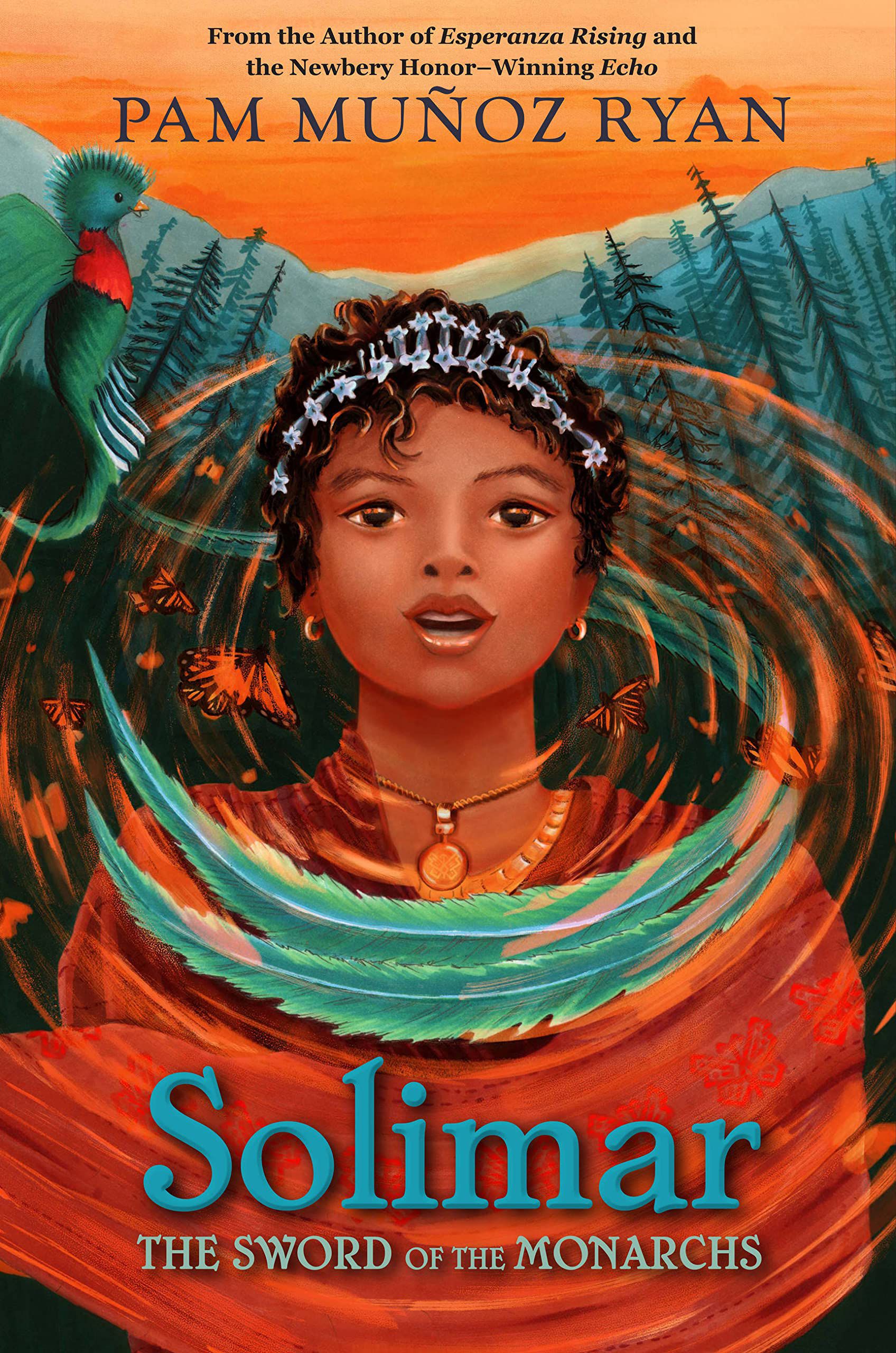 Solimar: The Sword of the Monarchs by Pam Muñoz Ryan (February 1; Disney-Hyperion)

From the award-winning author of Esperanza Rising comes this beautiful new fantasy about a Mexican princess. On the eve of Solimar’s Quinceañera, she visits the oyamel forest — a land her royal parents are considering selling to a nearby kingdom — to visit the monarch butterflies. While she’s there, the butterflies descend upon her and give her the magical ability to predict the future. When her father and brother leave on trading business to Puerto Rico, the nearby King Aveno ransacks the castle and takes Solimar’s mother captive. Now it’s up to Solimar to save her kingdom. 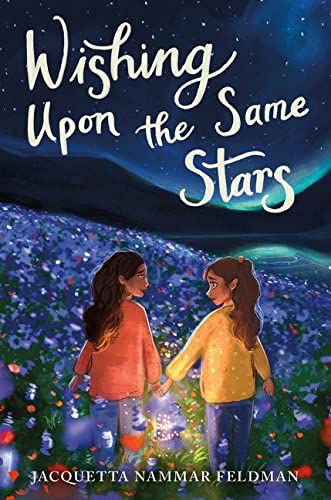 I was immediately drawn to this novel by the super sweet, lovely cover, and I’m happy to say the novel itself lives up to the cover. It’s a much-needed contemporary novel about the daughter of a Palestinian Christian father and a Lebanese mother moving from her beloved immigrant community in Detroit to San Antonio. Yasmeen did not want to move, and her fears are proven correct by her initial experiences in Texas, where very few students share her Arab identity and culture. When she joins the math team, she makes friends with Ayelet, a Jewish first-generation Israeli American whose father coaches the math team. However, she has to hide her friendship from her family when the Israeli-Palestinian conflict hits close to home. 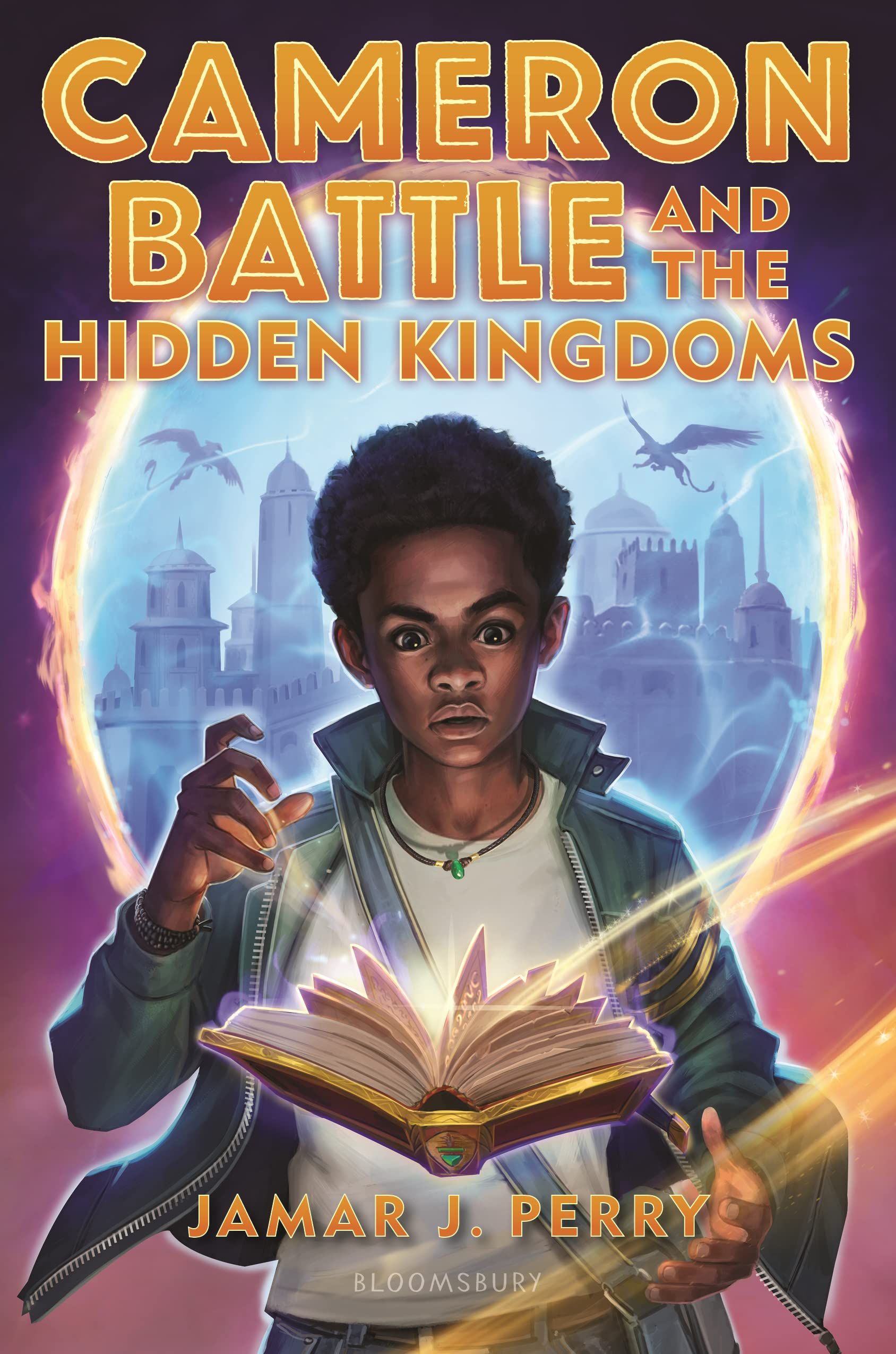 This new contemporary fantasy novel based on West African and Igbo mythology is an absolute blast. Cameron Battle’s parents disappeared two years earlier. Ever since, his grandmother has kept hidden The Book of Chidani, a collection of Igbo folklore that Cameron and his ancestors grew up listening to. During a sleepover, Cameron and his two friends Zion and Aliyah decide to open the book for the first time in two years. When they do so, they’re magically transported to the kingdom of Chidani, but instead of finding the enchanting land from the stories, they find a kingdom on the brink of destruction. 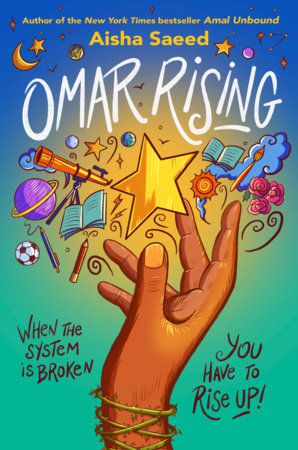 Omar, the son of servants, is thrilled when he learns he’s received a full scholarship to the prestigious all-boys Ghalib Academy Boarding School. He can’t wait to go to school, join the science and soccer team, and make new friends. During orientation, he makes friends with several other scholarship students. However, once school begins, they’re met with the reality of being a scholarship student. Omar is forced to work menial chores, and none of the scholarship students are allowed to join any school teams. He also has to maintain higher grades than the students who pay tuition. Fed up, Omar and the other scholarship kids decide to take a stand and demand equal treatment. Fans of Amal Unbound will enjoy this one just as much! 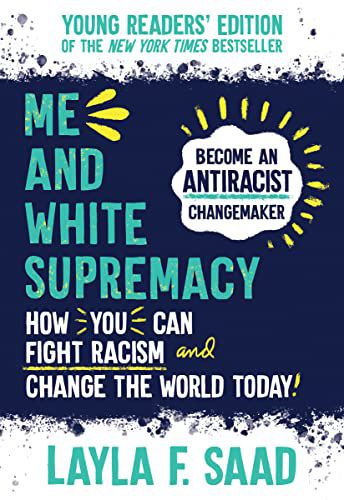 I completed the adult edition of this antiracist workbook when it released a couple of years ago, and I’m so happy it’s been revised for younger readers. This workbook is great to work on in groups or partnering with a parent. It provides the history and context of antiracist beliefs and then challenges young readers to examine their own racial biases. Ultimately, the book challenges pre-teens and teens to stand up and speak out against racism. Unlike the adult edition, this isn’t divided into days, and readers can take each challenge at their own pace. 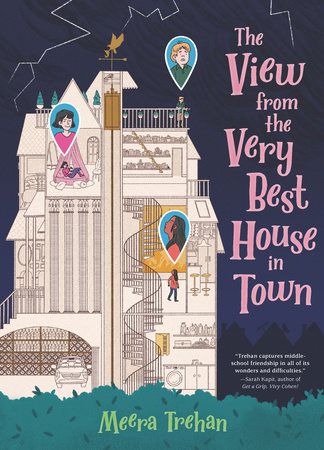 The View from the Very Best House in Town by Meera Trehan (February 8; Walker Books US)

Asha and Sam, both autistic, are best friends. They do everything together, but when Sam is accepted into an elite private school, both are left to navigate middle school on their own. Sam is immediately set apart from his classmates when a teacher shares an article about “The Miracle Boy,” who made it into the elite academy despite his disability. He makes friends with Prestyn, a wealthy girl who lives in Donnybrooke, the biggest mansion in town. This upsets Asha, because Prestyn used to bully Asha. Asha, who is East Indian like the author, loves architecture, and despite her distaste for Prestyn, she’s always been curious about Donnybrooke. This debut middle grade is told from three perspectives: Asha, Sam, and the mansion Donnybrooke. It’s a clever and emotional read.

!doctype>
Back to Feed
Use left/right arrows to navigate the slideshow or swipe left/right if using a mobile device