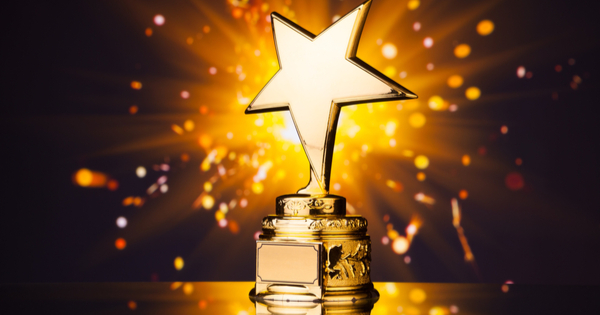 I grew up watching Earvin “Magic” Johnson and Los Angeles Lakers play Larry Bird and the Boston Celtics in the NBA Finals. My hero “Doctor J” Julius Erving revolutionized the game in his aerial assault above the rim. No one dunked the basketball like Dr. J. No one.

In 1984, the Chicago Bulls selected Michael Jordan (MJ) as the third overall pick in the first round of the NBA Draft. Throughout the 1990’s, MJ, Scottie Pippen, Coach Phil Jackson, and the Chicago Bulls dominated the NBA, winning six NBA Championships in 8 years. Michael established himself as the GOAT (Greatest of All-Time). No one would ever “be like Mike.” No one.

In 1996, Los Angeles Lakers legend General Manager Jerry West drafted 17-year-old Kobe Bryant, the Philadelphia high school phenom, in the first round of the NBA Draft. Not only did Kobe want to “be like Mike [Jordan],” he wanted to be better. In his 20-year NBA Hall of Fame career winning five NBA Championships, Kobe perhaps came closest to becoming the next GOAT.

In 2003, the Cleveland Cavaliers drafted as the 1st overall pick of the NBA draft, Sports Illustrated’s “The Chosen One” 17-year-old LeBron James out of high school in Akron, Ohio. Since then, Lebron far exceeded “The Chosen One” expectations. Now with the Los Angeles Lakers, in his 18th NBA season, LeBron has been to nine consecutive NBA Finals, winning 3 NBA Championships.

After recovering from his debilitating injury last season, Lebron with Anthony Davis (AD), one of the five best players on the Planet, is focused on winning his 4th NBA Title. Maybe, he wins 5. Maybe, he ties the GOAT Michael with six?

35-year-old, 6’ 9”, chiseled 250-plus pound LeBron James might be the World’s Greatest Athlete. Like his friend and mentor the late Kobe Bryant, LeBron possesses relentless work ethic, working on his greater-than version every day. In the off-season, he practiced his 3-point shooting. Now, Lebron shoots 35% from 3-point range.

Basketball savant Lebron distinguishes opposing teams’ offensive and defensive schemes in his play execution. He displays his photographic memory of plays during press conferences. He led the NBA in assists, leveraging opponents’ mismatches. LeBron still finishes strong at the basket.

Lebron took on both Giannis Atentokounmpo, 2019 NBA MVP, and Kawhi Leonard, 2019 NBA Finals MVP. His Lakers won both games against the Bucks and Clippers at Staples Center. Lebron dominated his one-on-one matchups with Giannis and Kawhi. Lebron could be the 2020 NBA MVP. Just saying.

In 1979 the San Francisco 49ers drafted Quarterback Joe Montana as the 82nd overall pick in the NFL Draft. Joe along with the late Hall of Fame Coach Bill Walsh won three Super Bowl Championships. He retired in 1994 as the NFL Quarterback GOAT.

In Tom’s 20-year future Hall of Fame career, he and Coach Bill Belichick led the Patriots to nine Super Bowls, winning six. Tom is the GOAT NFL Quarterback. Do the math.

Personally, I thought Tom was the GOAT after winning four Super Bowls. The ‘Tom haters’ might romanticize their idealized memory of Joe Montana as somehow better than the present.

Is the Greatest of All-Time (GOAT) more relevant in the present than in the past? After all, the present is what’s relevant. Just saying.

Sensei Bobby and I have mad love and respect for Mizukami Sensei. Sensei taught us Aikido, and what it is to be good men. Sensei was our GOAT. Although, Sensei would have laughed at that sentiment. Albeit in a kind way.

In the bigger picture, Sensei wanted us to just train, to become the greatest version of ourselves. He had no aspirations of GOAT. Neither was that his intention for us. Sensei was the humblest man I know on Planet Earth.

Aikido was waiting out the attack. End the attack with one technique, “one time”. Put in the work, and make it work. Apply what I got from training in the Dojo outside the Dojo, where it mattered most.

After Sensei passed away, Bobby and I train under Hanshi. We refine the fundamentals of O-Sensei Morihei Ueshiba’s Aikido. We train with weapons to master O-Sensei’s footwork and body movement. We apply the Aikido techniques on ourselves. There’s no real external opponent. O-Sensei said, “True victory is victory over oneself.” We train to overcome ourselves.

I think that LeBron James is the NBA GOAT. Perhaps, NBA blasphemy. Is there some merit?

NBA Hall of Famer Bill Laimbeer, who played for the Detroit Pistons, winning two NBA Championships, spoke with Stephen A. Smith and Max Kellerman on ESPN First Take regarding the NBA GOAT conversation.

I think Lebron is the best player, whoever played the game… From day one, he knew how to involve his teammates to win. That’s something that Jordan had to learn for a long time… He’s (Lebron) the best basketball player in the history of the game.

Bill would know. I’m with Bill.

Perhaps, Lebron could be the GOAT. Tom is definitely the GOAT. Lebron and Tom evolve in the present. Ironically, the GOAT conversations are irrelevant. Who really cares if you are the GOAT? Over time, there will be always someone greater, the next GOAT.

My 25 years with Mizukami Sensei was never about being the Aikido GOAT, about being the greatest. I worked at being a little greater in every Aikido class. Sensei said, “Just train. It’s not like you have to get somewhere.”

Sensei granted me the space to become the man that I’m proud to be. I’m grateful for Sensei in my life. RIP Mizukami Sensei. I love you, always.

We invent our greater-than versions in the present, not reliving the past. That’s relevant. That’s meaningful. Just saying.

If you believe in the work we are doing here at The Good Men Project, please support our mission and join us as a Premium Member.

All Premium Members get to view The Good Men Project with NO ADS. Need more info? A complete list of benefits is here.

Talk to you soon.

The post A GOAT’s Present Relevance appeared first on The Good Men Project.