Five bright corners of the Internet to explore and love 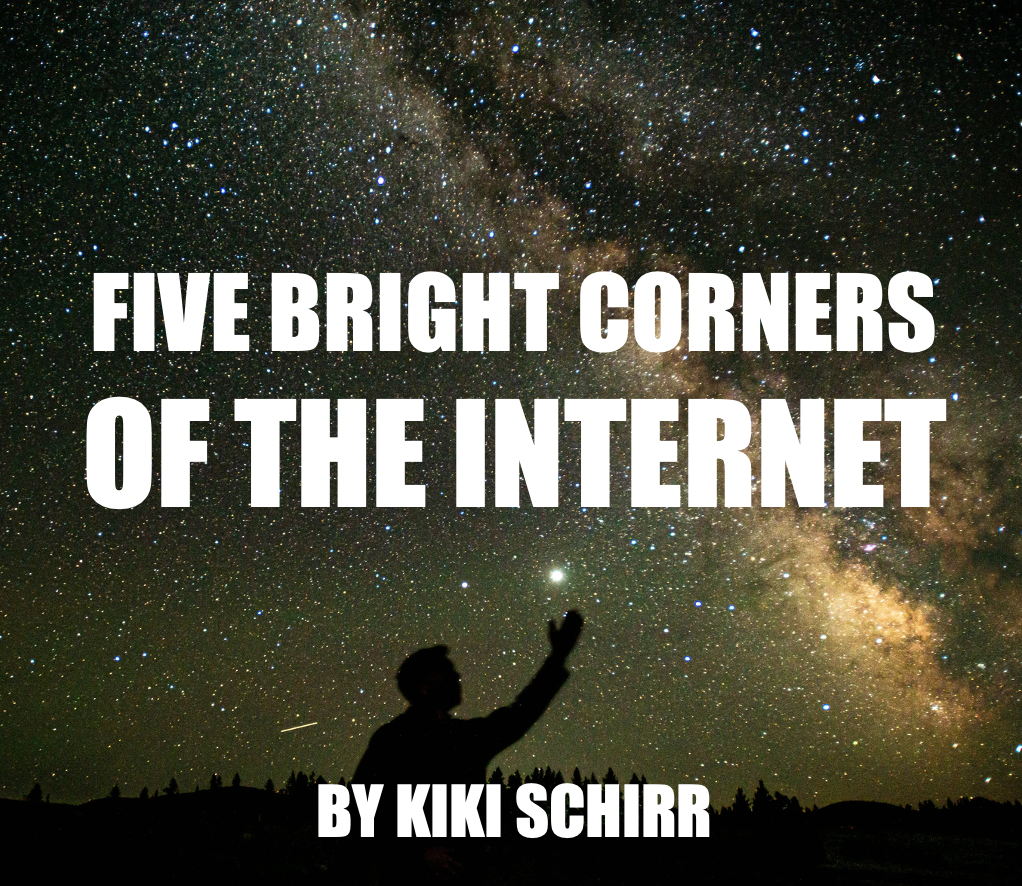 As we practice social distancing and increasingly work from home, the Internet can feel a little our version of the mirror in Tennyson’s The Lady of Shalott. But unlike Lady Elaine, who longs for freedom because her mirror reflects idyllic Camelot, it’s easy to only see the worst of the world through the Internet.

‘I am half sick of shadows,’ said The Lady of Shalott.

So to avoid only seeing the shadows of our world, here are five bright corners of the Internet that shine with altruism, intelligence, and goodwill.

The Internet Archive lists itself online as a non-profit library. They provide global access to audio files, video, books and PDFs, American library documents, and data sets. This description is accurate and speaks to the direction that they will be taking in the future, but I will always love the IA for a different reason.

The Wayback Machine was named for Peabody’s Improbable History’s WABAC Machine, a cartoon time travel device. The metaphor is solid. IA’s Wayback Machine allows anyone with Internet access to see websites as they appeared in the past, as far back as May of 1996.

If you visit their site, the Wayback Machine has some additional tools. You can snapshot a page as it is now if you want to capture something you hope won’t be missed—like a tweet that will likely be deleted. If you have a website, WM also provides a 404 Page Not Found tool that can help you push your visitors to a past cache of your content.

The Internet Archive received a lot of pushback at the beginning of COVID for providing full text of books in a National Emergency Library. Publishers were perhaps rightfully upset about copyright infringement, and the IA’s surprised tone in response to being sued seemed rather improbable.

But remember, in 1996 the US Department of Education found that 61% of children from low-income families lived in a home without a single book. When schools close, so does many low-income children’s access to books. So although their means were likely illegal, the Internet Archive was responding to an actual emergency.

Founded as a series of videos intended to assist cousins in learning mathematics, Khan Academy has since transformed into a massive online non-profit educational powerhouse. Despite being a free service, Khan’s online education, especially for K-12 grades, is unparalleled.

If you’re currently educating your child at home, or concerned that schools might again close, take note. Students who use Khan Academy have significantly better test scores than those who don’t. One school system showed Khan users performing 33% better on math standardized tests.

Self-selection is definitely at play in those numbers, but well-tested and guided videos are a lifesaver when tackling homeschooling.

And the education through Kahn doesn’t end with high school courses. Adult learners can continue their education with videos in mathematics, science, economics, arts, and humanities, technology, and life skills such as entrepreneurship (marketing!) and personal finance.

The Organization for Transformative Works

The Organization for Transformative Works is an odd member of this list because although it’s also a non-profit, its mission is to protect fan fiction. And sometimes deservedly, fan fiction can receive vitriolic criticism. But this organization, the host of fan fiction site Archive of Our Own, might end up being much more important than we realize.

For example, last year, Archive of Our Own (AO3) was the winner of the Hugo’s Best Related Work, a prestigious award in science and speculative fiction for non-fiction, author autobiographies, literary analysis, encyclopedias, and now, fan fiction. By giving the whole website the award, the Hugos seem to be signaling that fan fiction is now recognized literature.

The Organization for Transformative Works was formed in order to protect new writers from publishers. In the early days of fan fiction, when writers flocked to sites like LiveJournal, they were subject to the whims of the sites they used. When publishers pressured these sites, they often responded with sweeping takedowns or suspensions.

The creation of a site devoted to fan works allowed a safe haven for authors to expand their writing. Besides being women and LGBTQ-welcoming, fan fiction communities also allow authors to develop their skills quickly. By using established characters that the entire community is familiar with, authors can explore a single scene and receive feedback on plot, pacing, dialogue, or aspects of fiction writing. This sort of feedback would be prohibitively expensive to seek from professional editors.

For a thorough look at all of the Organization for Transformative Work’s branches and projects, this Vox article is an insightful overview.

WaitButWhy is a great place to go down a rabbit hole and learn smart things to impress your friends. Every week or so, a guy named Tim Urban churns out one, really long, really awesome article. The team does an incredible amount of research on thought-provoking topics and they give it all away for free.

His articles are always fascinating, in-depth, and really well written. His writing style is the perfect mix of informative and humorous — making topics like the Fermi Paradox (the what?) approachable for someone like me who’d never heard of it before in my entire life. He writes about relationships, religion, outer space … pretty much everything.

… like I said, a rabbit hole of weird and interesting.

For 30 years, the EFF has been one of the truly bright corners of the internet, fighting for free speech, privacy, and flourishing digital innovation. Their team of lawyers and grassroots campaigners defend Internet freedom from restrictive innovations and a team of technologists that develop privacy tools for consumer use.

EFF has been a part of many critical court cases. Among them are Bernstein v. US Department of Justice, which established encryption and other software as protected under the 1st Amendment; MGM v. Grokster, which defended P2P technologies, formatting, and innovation in general from Hollywood’s constant attacks on the Betamax Doctrine, and U.S. v Doe (In re: Grand Jury Subpoena Duces Tecum Dated March 25, 2011), which found that a Florida man had been wrongfully imprisoned when a court held him in contempt for refusing to decrypt his computers for the FBI.

In previous {grow} posts, like my analysis of smartphone privacy or the difficulties with Zoom, I discussed a few of the free security tools developed by the EFF. If you haven’t already checked out EFF’s website I’d recommend exploring their tools first. Once you fall in love with Privacy Badger or their guide to Surveillance Self-Defense, you’ll better understand why their services are so important to the world.

And they sell this hat, which is cozy and just plain awesome. Check them out. 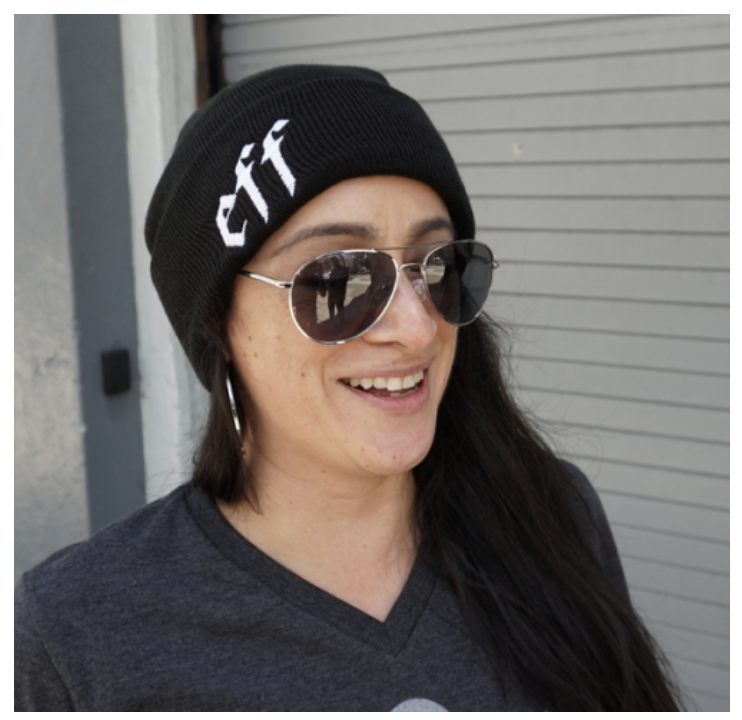 I hope you’ve enjoyed this list, and I’d love to hear your recommendations as well! Comment with your favorite sites below or tell Mark and me on Twitter. I look forward to your suggestions!

Kiki Schirr is a freelance marketer who enjoys finding happy corners of technology. She has worked on multiple entrepreneurial projects, including founding a small video chat company that sunsetted before COVID. Kiki is most easily reached via Twitter.

The post Five bright corners of the Internet to explore and love appeared first on Schaefer Marketing Solutions: We Help Businesses {grow}.