How Important Are Critique Groups? by Barbara Bettis — guest post and giveaway

This post is part of a virtual book tour organized by Goddess Fish Promotions. Barbara Bettis will be awarding $25 Amazon/BN to a randomly drawn winner via rafflecopter during the tour. Click on the tour banner to see the other stops on the tour.

How Important Are Critique Groups?
Some variation of that question gets asked a lot. And the answer is simple: very.

But the reasons may not be so simple. For a beginning writer, critique groups are important because those critique partners help us learn and polish a broad spectrum of things—point of view, character arcs, plot development, and the essential things none of us wants to admit are essential—sentence structure and grammar. Basically, the reasons those last two things are essential are because they help the reader understand what we want to get across. But that’s another story.

Crit groups are also important in helping us beginners gain confidence in our work. Usually, it can take a while to learn and refine the basics of our craft. (Yes, there are those folks who sit down at a computer, never having written a piece of fiction in their lives, and turn out bestselling first books in one shot. Those people are exceptions to the rule that make the rest of us feel we’re failures if our first draft isn’t snapped up immediately in an agent bidding war.  ) Do not compare yourself to them. That’s why they’re called…exceptions.

Critique groups, whether online or in person, can help us in our budding stages. It is important to find a group that’s the right fit. Critiquers are people. Like in anything else, not everyone makes a good working colleague, even if you’re friends. It’s okay to look for another group if you find the one you’re in isn’t quite fulfilling your needs.

Surprisingly to many people (who are not writers) experienced—successful—authors also often use critique groups or crit partners. When writers are concentrating on telling their stories, little things often slip in. We can be so familiar with our characters and plots, we don’t realize that a particular point isn’t explained clearly enough for the reader. Or the way we unpack a scene may be absolutely clear in our minds, but the words we choose to describe events may not hold the same meaning for others. For example, I like subtleties of language that aren’t always interpreted the way I mean them. My crit group points those out so I can make the meaning clearer.

I am honored to be part of a crit network for some wonderfully talented authors whose works grace the shelves of bookstores or have gained major standings through online publishing. They rely on their crit partners and beta readers to pick up on anything they might have missed—before they submit it to their agents or editors.

Authors who have a few books to our credit still can omit a point we’ve established so clearly in our minds we think we’ve put it in writing, but haven’t. Sometimes the phrases we use are completely familiar to us, and we don’t realize others may not know what they mean. In a recent story, I used a word I grew up hearing my grandmother and great-grandmother use. A crit partner asked for clarification. Hmmm. It hadn’t occurred to me that other people wouldn’t recognize that word which was, it turns out, a very old regionalism. Thank goodness it worked for the historical. But having a trusted eye catch something like that is essential—or when a gremlin slips into my office at night and inserts awkward sentence structures (must be the gremlins because as a retired English professor, I couldn’t possible have made that mistake! Could I? LOL.)

So yes, critique groups / partners are essential at every stage of writing. Find a group or another couple of people whose opinions you trust, and dig in. You won’t regret it. 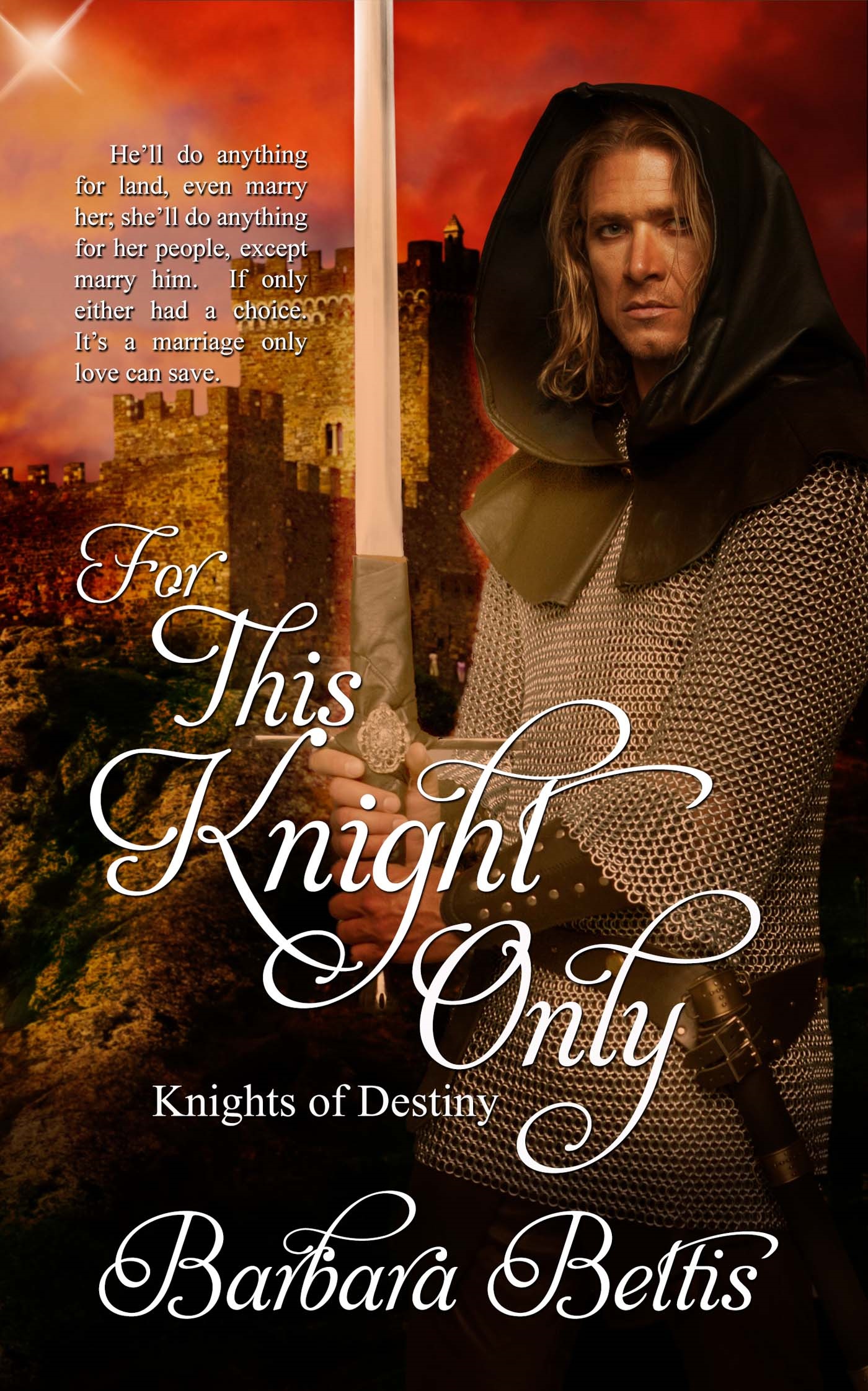 Sir Roark will do anything to gain land, even beguile an unwilling lady into marriage. He knows she’s much better off with a man to take control of her besieged castle, to say nothing of her desirable person. But it isn’t long before he discovers that, although her eyes sparkle like sunlight on sea waves, her stubbornness alone could have defeated Saladin.

Lady Alyss is determined to hold her family’s castle, protect her people, and preserve her freedom— until her brother’s dying wish binds her to a stranger. Still, she’ll allow no rugged, over-confident, appealing knight to usurp her authority, even if she must wed him. Especially since he thinks a lady’s duties begin and end with directing servants. Alyss has a few surprises for her new all-too-tempting lord.

But when a common enemy threatens everything, Roark and Alyss face a startling revelation. Without love, neither land nor freedom matters.

“Pardon?” Alyss’s voice came in a whisper, but he seemed to hear well enough.

“I said your brother wished us to wed.”

The sound of a million crickets chirruped in her ears. His lips continued to move, but she heard nothing. Of a sudden, her bottom hit stone as she collapsed onto a step, but her eyes saw only him.

He loomed over her, hands propped on hips, dark hair brushing those broad shoulders. She raised her brows in a level gaze—and inhaled sharply. Hazel eyes, sprinkled with green and gold chips, gleamed back. With effort, she recalled his recent words and her thoughts focused.

She shot to her feet. “You must be mad. I have no intention of wedding a stranger who appears at my gate with some imaginary story of my brother’s last commands. I remind you, sir, you are a guest. In fact, I must ask you to leave. Your behavior is intolerable.”

His big hands closed around her shoulders. They were warm. Firm but gentle. She shook them off. He leaned in.

About the Author: Award-winning author Barbara Bettis has always loved history and English. As a college freshman, she considered becoming an archeologist until she realized there likely would be bugs and snakes involved. And math. Through careers as a newspaper reporter and editor, then a college journalism and English professor, she’s retained her fascination with history. Give her a research book and a pot of tea, and she’s happy for hours. But what really makes her smile is working on a new story. Now retired, she lives in Missouri where she edits for others and spins her own tales of heroines to die for—and heroes to live for.