Looking for similarities across complex systems

How does the motion of individual cells give rise to the structure of biological tissue? How do an embryo’s wrinkles relate to an animal’s shape? And what does the stability of knots have to do with the way spaghetti breaks?

These are some of the questions Jörn Dunkel has explored at MIT, through the lens of mathematics.

“There are many problems where, if you look at them from the right way, you can treat them in a similar manner because they have a common structure at some abstract level,” says Dunkel, who received tenure in 2020 as an associate professor in the Department of Mathematics.

Dunkel’s work is planted in theory, and numerical principles of geometry, mechanics, and pattern formation. From this base of mathematical operations, he has explored wide-ranging fields, looking for ways to bridge seemingly disparate systems through what he sees as the “common language” of math.

“What’s helpful for me is to talk to people from many different fields,” Dunkel says. “This kicks me out of my comfort zone, and it’s almost like an algorithm for generating new ideas: Talk to people to get new perspectives, and then you try to combine that with what you know. And in this way you can make progress.”

Dunkel was born and raised in East Berlin, Germany, and vividly remembers the fall of the Berlin Wall, in 1989, as a time of both disruption and possibility.

“It was a big, big change,” Dunkel recalls. “When my sister and I were little, our family couldn’t travel anywhere except for a small number of countries in the Eastern bloc. And when the wall came down, suddenly there were a lot of opportunities, and also uncertainties. There was more freedom to travel and see and learn different things. At the same time, people had to reestablish themselves, and many things were in limbo. You learned to adapt to a new system.”

As the country’s schools restructured and settled into a unified, national education system, Dunkel was able for the first time to explore beyond East Berlin’s now-dissolved borders. After graduating from high school, he began to study at  Humboldt University of Berlin. Dunkel’s undergraduate mentor, who worked in the area of active matter, introduced him to concepts of math and physics, and how to apply them to questions of biology, such as ways to describe how cells interact to give rise to macroscale tissues and whole organisms.

“You start to see how things come together, and the way I was taught in those days had a big influence on how I think about systems today,” Dunkel says. “I was lucky many times along my path to have met people who helped teach and guide me.”

After graduating with master’s degrees in math and physics, Dunkel dabbled briefly in astrophysics as a PhD student at the Max Planck Institute for Astrophysics before moving to the University of Augsburg, in Germany, where he joined a statistical physics group headed by Peter Hanggi. There, he studied thermostatistical concepts in special relativity, and also in Brownian motion (the random motion of discrete particles), looking for ways to connect large-scale transport phenomena to their microscopic, single-particle machinery.

He took the mathematical tools he developed in his PhD work to Oxford University, where he did a postdoc with a group working in theoretical physics and exploring ways to mathematically model the individual and collective dynamics of bacterial cells. From there, he moved to Cambridge University, where he joined an experimental biophysics group as the only theory-oriented postdoc at the time. The researchers there were carrying out experiments on  bacteria and algae and looking for patterns in the data to describe mathematically how the organisms swim.

“What I learned there was, if you start working with a dataset that’s fundamentally new, it keeps you honest and forces you to think in new ways, because you have to explain that data,” Dunkel says. “So, even today when I advise my students, each one no matter the project, gets a real dataset to work with. Because as you try to understand the dataset, you can get new ideas that you wouldn’t have thought of otherwise.”

In 2013, Dunkel moved from the “other” Cambridge, to MIT, where he joined the Department of Mathematics as a junior faculty member in applied mathematics. In setting up his research program, he looked to develop mathematical tools to describe and predict the behavior of real-world phenomena at both the small and large scale, and to seek ways to mathematically bridge the two scales in various systems.

He has primarily applied this thinking to understanding problems in developmental  biology and soft matter, and has collaborated with experimentalists at MIT — especially professors Nikta Fakhri and Adam Martin —  and elsewhere, looking through data they collect, for instance on the spiral waves in starfish eggs, for patterns that can be described and predicted through math. Dunkel has also intentionally left room to explore questions that might appear at first glance to divert from his main path of research.

“For me it’s a conscious effort to leave capacities for new unexpected things,” Dunkel says. “This is what makes MIT special that you have this unique combination of people here who are excellent in so many areas and also very open to collaborating across the boundaries of disciplines.”

A recent diversion sprang from a question that some of his students posed in class: Could a dry spaghetti noodle be broken in two? In addition to experimentally testing the idea, Dunkel helped the students develop a mathematical model to describe how the feat could be accomplished, with a precise bit of twisting.

The work could have ended there. But it caught the attention of MIT Professor Matthias Kolle, who had developed a new type of fiber that changes color with strain. Kolle wondered whether the spaghetti model could be adapted to softer materials, to predict the strength of his fibers when knotted in certain configurations. He and Dunkel struck up a continuing collaboration, which has since drawn interest from surgeons looking to understand the stability of surgical knots, as well as biologists who are applying the model to predict the behavior of colonies of worms.

“Though many of these systems are different, fundamentally, we can see similarities in the structure of their data,” Dunkel says. “It’s very easy to find differences. What’s more interesting is to find out what’s similar.” 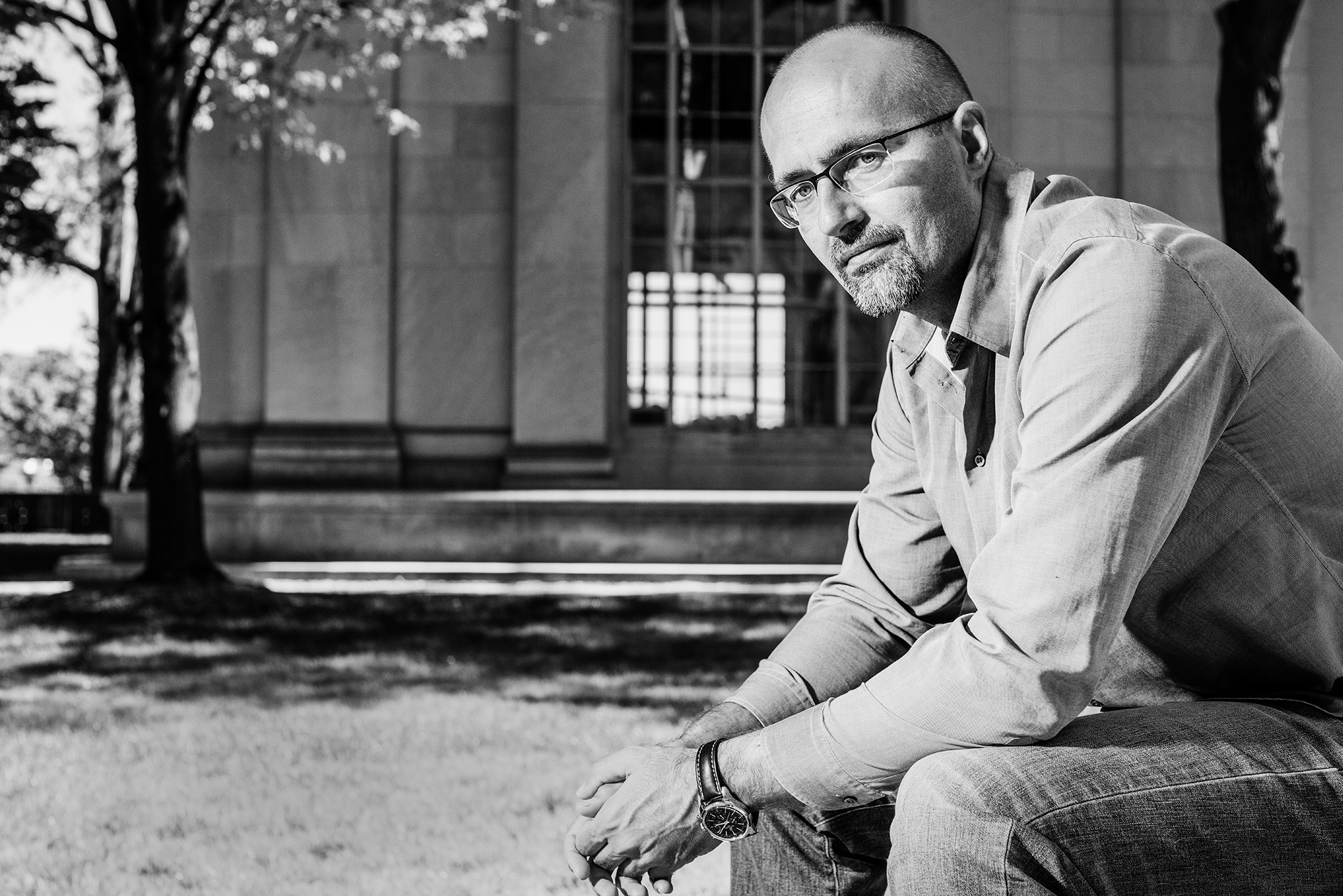