On Music, Cooking and Sex 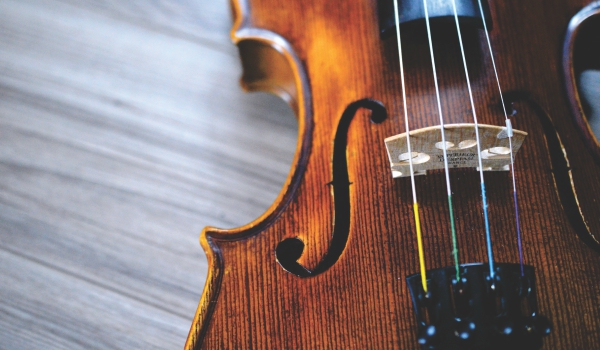 As a child, I was musically gifted. My mother rented a piano and I fell in love with it.

Of course, piano lessons started where they always do, with learning a few simple pieces. Then we progressed to piano technique.

But a whole different world opened up for me when I started learning music theory.

It’s a shame that it’s called that — “music theory” — because it sounds so academic and, well, theoretical. But really it’s about what music is. How music works.

I played professionally in my teens and was usually a primary composer/arranger for any band I was in. Even more than performing, what I loved most was composing. I had tons of music in my head, dying to come out.

Once you know music in this way, picking up new instruments is easy. The music is in you, not the instrument.

Something similar happens with cooking. You start out learning recipes and following them. Then you learn techniques — how to dice an onion, how to spatchcock a chicken, what makes a stock great vs. just good.

But then there’s a deeper level of knowing how food works.

Like those folks who can whip up a spectacular meal from a seemingly bare pantry and a fridge with little more than condiments.

You start to see patterns, universals of flavor and preparation that cut across all cuisines. It’s the kind of deep wisdom you see on food shows like Salt Fat Acid Heat.

So why am I telling you this? Because, sex. Same thing.

It isn’t about learning recipes, or even techniques. It’s about discovering at a deep level what sex actually is. How it works, how it functions, what’s really going on at a human level.

Then it stops being about whether it’s good or not good. It’s consistently great, that’s a given. It becomes more about exploration and co-creation and finding new ways to have a fantastic experience together.

So I’d like to pose a seemingly simple question. What is sex? How do you define it?

At one extreme is what we could call a Bill Clintonian definition, where sex involves a guy putting his outie into her innie and then rub rub rub rub rub squirt. And that’s what sex is.

At the other end of the spectrum, literally everything is sex. Politics is sex. Math is sex. Green paint and doorknobs and Auschwitz and the Big Bang are all sex.

I’m guessing your understanding is a bit broader than our former president’s definition… but not all-inclusive. Similar to how mine is.

If you believe in the work we are doing here at The Good Men Project and want to join our calls, please join us as a Premium Member, today.

All Premium Members get to view The Good Men Project with NO ADS.

Need more info? A complete list of benefits is here.

The post On Music, Cooking and Sex appeared first on The Good Men Project.