Pushing Kids Along Is Prudent but Problematic

In the past several decades, the federal and state governments have enacted policies to increase “accountability” in schools. States now have clear guidelines in place about what students should learn and when. Tests measure whether schools are producing the outcomes citizens want, and class requirements ensure that high-school diplomas signify a certain course of study. However, with many schools closed for the rest of the year due to the coronavirus pandemic, a policy environment built on tough accountability is colliding with conditions that make it unrealistic to expect the planned academic results.

In most places, policy makers and school administrators will concede that, because of these extraordinary circumstances, they lack the time, money, resources, and more to have students arrive in the fall (or whenever schools can return to normal) as prepared as they would’ve been had this pestilence never occurred. So administrators may feel that they have no other choice but to temporarily suspend accountability-related policies and advance students to the next grade level knowing they weren’t taught everything that was expected. Social promotion on this scale would be extraordinary, but it might well be prudent. However, education leaders, teachers, and parents will have to deal with the many problems that pushing kids along will cause.

Although most issues related to classroom instruction are matters of professional practice, how student achievement is tracked and what is required to earn a diploma are also matters of policy. Though these regulations will complicate many lives for the foreseeable future, they are the result of decades of government action motivated by the best of intentions. As administrators begin dispensing with these rules out of necessity, pausing to understand why they exist in the first place and how they revolutionized our education system is important.

For the first century or so of K–12 public education, America had an astonishingly decentralized system with tens of thousands of mostly autonomous school districts. Superintendents and local school boards had enormous latitude, and a great deal of decision making was handed down to school-level administrators.

While this hyper-decentralized system gave communities the power to shape their own schools—consistent with core American governing principles such as democratic deliberation, local agency, and pluralism—it carried considerable downsides. What students in one district were taught could be quite different from the curriculum in a district nearby—and much different from that of a district in another state. In many cases, these disparities were a function of class or race, including, obviously, the abomination of segregation. In the second half of the 20th century, numerous sources—including the “Coleman report,” the federal government’s “A Nation At Risk,” and studies comparing American students with those in other nations—gave many reasons to worry about the country’s overall academic results.

So state governments, which are ultimately responsible for public schools, used their authority to bring about clarity, commonality, and rigor. Though Uncle Sam offered moral support, this was mostly a state-led effort through the 1980s and ’90s. More and more states developed content standards, administered standardized tests, toughened graduation requirements, and issued report cards for schools and districts. The federal government, via the 2002 No Child Left Behind Act, shoved all states further along this path, but state leaders still controlled what was taught, what constituted grade-level learning, and what assessments looked like. In 2015, the federal Every Student Succeeds Act gave states even more flexibility. So today each state government has rules—on what courses need to be taken, what tests need to be passed, how much time needs to be spent in school, and more—for its public schools.

These changes solved a number of problems. State-level policies give districts and schools common goals and rules. Shared standards assist university programs in preparing future educators. Interdistrict commonality helps ensure a relatively smooth transition if a student moves from one district to another. State-level expectations guide ongoing efforts to guarantee that students from different economic and racial backgrounds have similar educational opportunities.

For students and their families, this movement has had a very practical influence: Accountability measures can determine whether a student is performing below grade level and whether her learning progress is lagging behind her peers. The rules in 16 states and Washington, D.C., require that schools hold students back if they are not reading proficiently by the end of third grade. If a school has unacceptably low test scores, the state can intervene. If a student misses too many days or can’t pass core courses, she can be retained in her current grade. If a student doesn’t meet all of the state’s graduation requirements, the school can deny her a diploma.

In reality, there are still ways for schools to push along struggling students—quietly sending underprepared students to the next grade; providing “credit recovery” opportunities; allowing students to take tests several times; offering alternative pathways to a diploma. But tests telling parents that their children are below grade level and school ratings indicating achievement problems make it tough to conceal underperformance. Social promotion may help administrators avoid the challenges and stigmas associated with forcing a student to repeat a grade, and it helps more graduate high school. But the practice of simply advancing students gives an inflated sense of what our young people are actually learning, devalues the diploma, and will ultimately be revealed in public reports.

When these policies were written, no one anticipated a once-in-a-century event would inhibit learning for tens of millions of students. The system is in a bind if people take seriously the notion that moving from one grade to the next or earning a diploma should be contingent on completing a particular course of study. Administrators now face several undesirable options.

[Read: What could happen if the coronavirus closed schools for days, weeks, or even months]

The most immediate issue is deciding what to do with students scheduled to graduate this year. Many won’t have enough “seat time,” they will not have completed some required courses, and they will not have passed some required graduation tests. In most places, the local board, the state board of education, or the state superintendent can waive such requirements; in other cases, a longer regulatory process will be required.

People might think—administrative machinations aside—that ignoring such policies this one time isn’t really that big of a deal. That this action would affect just one cohort of students; that they missed only a few months of instruction; and that employers or colleges can address their academic deficits once things return to normal. But the consequences stretch beyond the class of 2020. Some current 9th, 10th, and 11th graders are not going to get credit and/or pass tests that they would typically need to qualify for a diploma. Perhaps state administrators will mandate summer school or remedial coursework. Or perhaps they will lessen the number of courses required for graduation for the classes of 2020 to 2023. Or maybe they will decide that particular courses—say, Algebra II or World History—won’t be required for graduation. These will not be easy calls.

Each of these matters requires a discrete decision, but together they constitute a broader issue. Unless state officials steadfastly require students to make up all of these courses and pass all of these tests, several graduating classes will not have the academic records that have been deemed essential for high-school graduation.

The consequences of social promotion also stretch back to lower grades. Most, if not all, states will make use of recent federal flexibility and cancel this spring’s reading and math assessments for elementary and middle-school students. Presumably, administrators will also suspend district and school report cards, which are largely based on results from those tests. So for some time, the annual state determinations of school quality will be halted.

Even if states take these sensible actions, these younger students will have learned less than state standards require—unless their districts were miraculously adept at shifting to online learning. Some districts, though, have struggled mightily. For instance, Fairfax County Public Schools, one of the nation’s largest districts, has had, according to The Washington Post, a “disastrous debut of online learning.” It took four weeks to roll out and then suffered two failed attempts, ultimately leading to a public dispute with the district’s platform provider and the departure of the district’s technology chief.

A new study by Nat Malkus, Cody Christensen, and Lexi West of the American Enterprise Institute found that by early April, only 71 percent of schools were in districts with some type of remote instructional practices. And there is wide variation in the types of instruction available and whether it is mandatory. For example, about 60 percent of schools are in districts making worksheets and packets available, but in more than 40 percent of these cases, the districts expressed no clear requirement that students participate. Given these statistics, it seems inevitable that many schools will be passing students along to the next grade despite their significantly reduced opportunity to learn, making for arguably the largest social-promotion initiative of the accountability era.

The mechanics and consequences of alternative plans leave educators little choice. At this point, 36 states and Washington, D.C., have closed schools for the remainder for the year, so a Herculean in-school remediation effort prior to summer break would be impossible. If an elementary school holds back all of this year’s students, it would suddenly be overcrowded in the fall—serving this year’s cohort plus the next group of kindergarteners. A massive, district-run summer-school program is conceivable, but the costs may be all but prohibitive; with state and local tax revenues collapsing, districts would need to somehow find the funds to pay for the teachers, administrators, bus drivers, materials, and more for unplanned weeks or months of schooling.

Once schools are back to regular operations, a district could attempt to assess each student, set a cut line for passable achievement, and then move forward students accordingly. But that line would be arbitrary (Should 5 percent of students be held back? Maybe 20 percent?), and educators would suddenly face scads of frustrated families. Moreover, any assessment would capture effects caused by influences other than school closures. For example, considering that, on average, low-income students and students of color have lower achievement scores, and that more affluent families have probably been better positioned to continue home instruction during closures, any large-scale effort to hold back students will disproportionately affect disadvantaged boys and girls.

Moving everyone along to the next grade may be the only choice, but it is still imperfect. If, for instance, schools pass all third graders on to fourth grade even though they learned less than expected, schools are setting up the kids for tough times when they have to take their mandated tests next spring. Will state administrators simply count on next year’s teachers to compensate for their students’ lost class time? Will officials lower the passing scores for next year’s tests in recognition of students’ lack of opportunity to learn?

Educators’ creative problem-solving in the months ahead will take place in the context of decades’ worth of accountability policies. Yesterday’s leaders did the right thing by instituting clear guidelines and meaningful consequences. Most of today’s leaders will, understandably, see the judicious move as passing students along. Without much public notice, countless teachers, school leaders, and district administrators have done an admirable job figuring out how to pivot to remote learning, ensure that students with special needs get services, make sure that low-income kids have access to free meals, and much more. When young people finally go back to school, these educators will also need to dive into the massive task of helping the millions of students who have fallen behind. 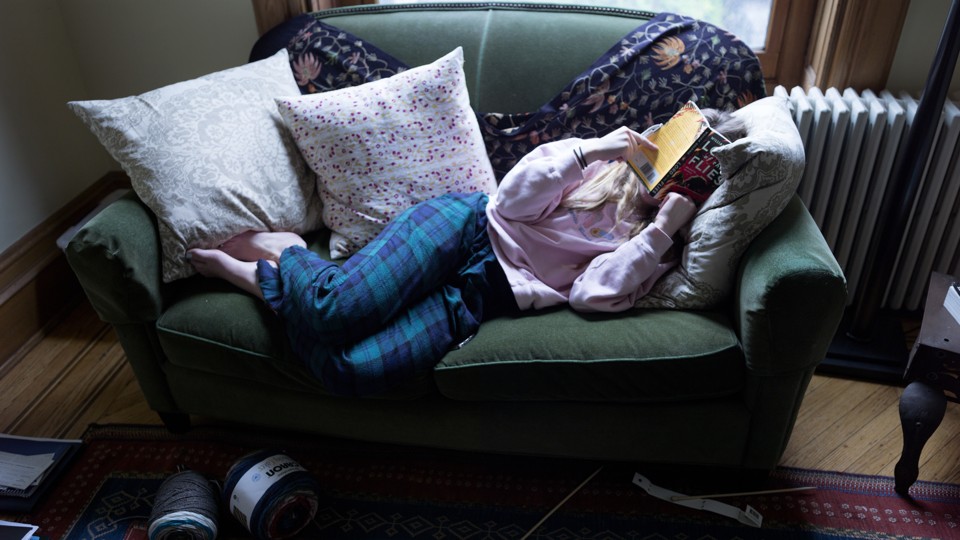