When you grow up in a small town that likes to think it's part of the South you hear a lot of mis-used words and phrases. Or maybe that isn't an almost-Southern thing and just a human thing?
Phrases like 'he excepted the award' or the whole they're/their/there or site/cite/sight uses. There are even phrases. "That'll learn him/her" is a favorite, 'tow the line' (it's TOE, people), 'escape goat' (it's just scape, scape goat), or 'illicit a response' or 'for all intensive purposes'. Any sentence that begins 'Irregardless' (no, I don't care that's it now in the dictionary. Because it's only there because so many people were using it incorrectly!).

When I was in school, misusing words and phrases used to drive me crazy. In the fifth grade I actually argued with my English teacher because, as part of a spelling test, we were supposed to use the word 'one' in a sentence - she wanted only the American (as in primarily number usage) but I was on a British author kick and used it as 'one' being used for a 'person' (as in, "One should never put elbows on the table"). I used the right quotation marks, the correct comma/period placement. The sentence was grammatically correct. I didn't win the argument, even though she hadn't specifically stated she wanted the word used only as a number. And I'm obviously still annoyed about it or I wouldn't be using it as an example *mumble* years later.

Back to the point.

There are entire webpages created just to put on blast those misused words.

I've always thought that part of learning was to be precise. Like how to properly use the word regardless or the phrase 'couldn't care less'. But what I've learned, especially since becoming a published author, is how to un-learn certain things. Because dialogue is boring if everyone speaks clearly and uses only proper English all the time. Even though I hate seeing and hearing words/phrases used incorrectly, I still don't always speak using proper English. I regularly forget to use the subjunctive when I'm speaking; I do remember is (usually) when I'm writing. Outside of language there are things that need to be exact. Math has to be exact because if 2+2 can equal anything then soverymanythings will go wrong. Language is a growing, living thing, though. Not that I want bebe to start saying things like 'I'm the escape goat' because, just, no. But to make a point? To make your dialogue part of characterization? Those are definitely reasons to mis-use certain words.

Not they're/their/there. We aren't crazypants. But irregardless of when 'irregardless' was added to the dictionary, a character speaking stridently and using that word could add a bit more oomph to a conversation.

I never loved words more than when I learned to misuse them. Or overuse them. Part of the fun of writing books that are (sometimes) comedic is the laughter. What would a fish-out-of-water story be without a few misunderstandings?

What about you? Love of the PROPER way to use a word? Or does it make writing (and reading) more fun when the phraseology is just a little...improper? 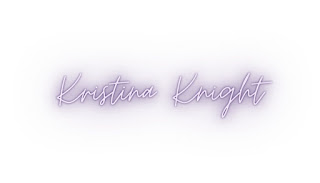