The Reason Child Care Is So Hard to Afford

After my second son was born, my family crossed a painful threshold: We started spending more on child care than we do on rent. The situation is temporary, I keep telling myself—promising myself, praying for myself. My older son will be able to enroll in kindergarten in two years and my younger son in four. But it is excruciating. And I say that from a place of privilege. Most American families earn less than mine does. That does not make day care any cheaper for them.

Indeed, child care is unaffordable for pretty much everyone but the rich, and especially unaffordable for the poor. Day-care centers across the country charge an average of $870 a month—not much less than the average monthly rent. Many families in high-cost cities, such as San Francisco, where I live, pay twice or even three times that much. As a result, low-income households with little kids spend an average of 35 percent of their income on child care.

The consequences for families are pervasive and brutal, among them heightened rates of housing insecurity and food insecurity. The consequences for society are pervasive and brutal too. Child-care costs are a major reason that the United States has such low labor-force participation among women—seven percentage points lower than Canada’s, for instance, and 10-plus percentage points lower than in some of the Nordic states. The cost of care is also a central reason that the U.S. birth rate has been declining. People want to have more kids. But they can’t afford to.

[Derek Thompson: Why child care is so ridiculously expensive]

These high costs for parents nevertheless fail to translate into stable earnings for child-care workers. To the contrary, these workers, disproportionately Black and Latina women, make an average of just $13.62 an hour, less than half the average hourly wage; more than half are on public assistance. Their bosses are not getting rich by stiffing workers and bleeding parents dry, either; nursery schools and day-care centers tend to operate with the thinnest of margins.

This situation has been a crisis for years, decades. It has gotten worse as nannies, nursery-school teachers, and day-care workers have fled the profession since the coronavirus hit. During the pandemic, many day-care centers have shut down permanently, and rising wages in other industries have drawn workers away.

The child-care market is broken, and I do not mean that figuratively. Without a lot more public spending, care for children under 5 will never be affordable and amply available to parents, while also offering decent compensation to employees. The math does not work. It will never work. No other country makes it work without a major investment from government.

The issue is straightforward: Child care is labor-intensive. You have vulnerable, fragile kids. You need competent adults to keep those kids safe. Advanced robotics, AI computing systems, assembly lines, and McKinsey consultants will not make child care more efficient. No other business is so impervious to productivity enhancement, because the core services being provided—tenderness, watchfulness—do not scale up.

The government holds that an individual child-care worker should look after no more than three to four infants, three to six toddlers, or six to 10 preschoolers at a time. These ratios do not take into account extenuating circumstances—an infant born prematurely, for instance, might require a dedicated one-on-one care worker for months on end. And they are optimistic even under good conditions. Heaven help the nursery-school staffer supervising 10 4-year-olds and handling all those potty trips, tantrums, and glue-stick incidents by herself.

Given these ratios, day-care providers may not generate sustainable revenues even when charging daunting prices to parents. Imagine a small, home-based day care in which a single, self-employed worker is watching three infants for $225 a week each. Assuming that parents require 48 weeks of care a year, that works out to $32,400 in annual revenue—before the provider has bought toys and food, paid her utilities, filed her payroll taxes, purchased insurance, arranged for a substitute if she gets sick, and covered any state inspection and licensing fees.

The Center for American Progress put together a similar accounting on the cost side. It found that providers would have to charge the parents of an infant $2,400 a month to offer decent wages and benefits to their workers. That price tag is far higher than any but the wealthiest parents can afford, particularly if they have more than one kid.

So how does the math work out in practice? Well, some kids get Head Start slots or another form of care subsidy, and some towns and cities offer public pre-kindergarten for 3-year-olds and 4-year-olds. But out of 12.5 million children eligible for federal child-care subsidies, just 2 million received them as of 2019, because of funding shortfalls. And only 1.4 million kids were enrolled in a public pre-K program in 2020, out of nearly 8 million in the 3-to-4 age cohort. Without the government’s help, parents just figure it out, jury-rigging solutions for their children’s first five years. They get a day or two a week of care from a commercial provider. They get friends and family members to pitch in. They rearrange their work schedules. They also, in some cases, accept substandard offerings: unlicensed day cares, ones with less-than-ideal or even unsafe staffing ratios. American child care ends up as the worst possible version of that Borscht Belt joke: The food is terrible, and such small portions.

“We finance early-childhood education and care primarily through parental investments,” Rasheed A. Malik, a Center for American Progress researcher, told me. “We’ve pretty much maxed out what parents are able to pay on average. And when you disaggregate from that average, what you have is a lot more access and quality for kids from higher-income families and a lot less access and quality for kids from lower-income households.”

Many conservatives have pointed to overregulation as a central cause of the industry’s witheringly high prices. In some cases, they have a point: The District of Columbia’s new rule requiring many child-care workers to get an associate’s degree seems tailor-made to worsen shortages of day-care workers and day-care slots. (It appears unlikely to improve quality, either: Taking care of kids is hard work, but not the kind of thing you need to learn in college.)

[Annie Lowrey: Teachers, nurses, and child-care workers have had enough]

But tweaking regulations does not change the daunting fundamental labor equation. Facing it, nearly every other advanced economy chooses to spend far more on day care. The United States currently devotes 0.3 percent of GDP to early-childhood education and care. That’s less than all but two other OECD countries, Cyprus and Turkey. It’s less than half of the OECD average and a third or a quarter of what Iceland and France spend.

To make the market work, Uncle Sam needs to spend hundreds of billions of dollars a year in perpetuity, turning care for children 5 and under into a standard offering, much as public education is a standard offering for older kids. Joe Biden has a stalled-out proposal to create universal pre-kindergarten and to cap parents’ expenditures on child care at 7 percent of family income. Absent that kind of investment, parents will be left solving these impossible equations alone. 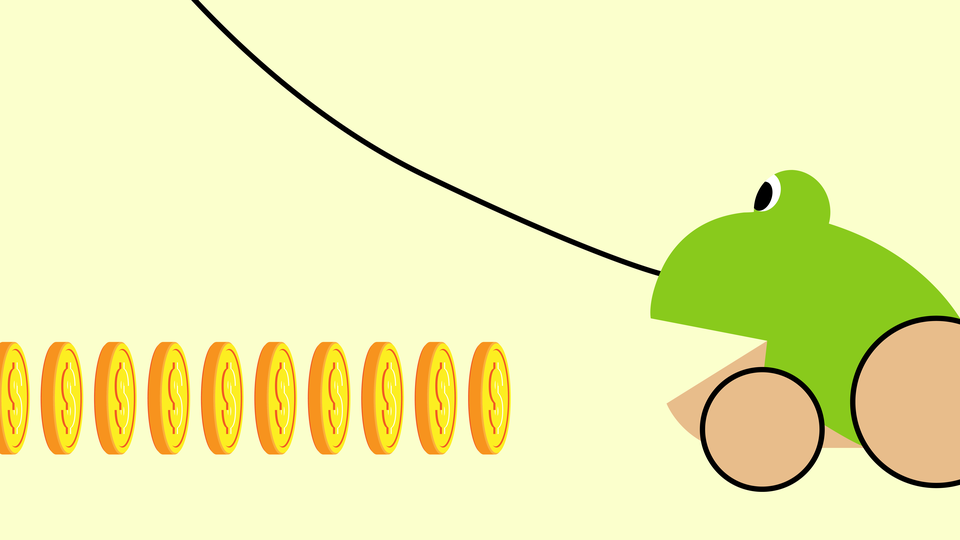