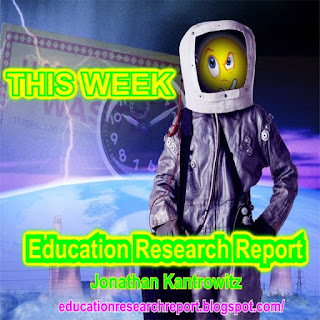 Better reading proficiency linked to fewer youth homicides
by Jonathan Kantrowitz / 1d
A good education system has long been linked with providing opportunity for people to get better jobs and escape poverty. However, less is known about the impact of education on youth violence. By analyzing data about the residents of 55 Baltimore, Maryland, neighborhoods from the City Health Department's 2017 Neighborhood Health Profile Reports , Johns Hopkins Medicine researchers recently showe
News reports of education 'achievement gaps' may perpetuate stereotypes of Black Americans
by Jonathan Kantrowitz / 1d
Scholars have warned that the framing of racial "achievement gaps" in tests scores, grades, and other education outcomes may perpetuate racial stereotypes and encourage people to explain the gaps as the failure of students and their families rather than as resulting from structural racism. A new study finds that TV news reporting about racial achievement gaps led viewers to report exaggerated ste
Save More On What You Really Need—It's Easy
by Honey
sponsored
If you aren't using this tool when you shop online, you're probably wasting money.
Trends in State Pre-K Policies
by Jonathan Kantrowitz / 2d
robust early childhood education system — encompassing services for children up to the age of 5 — plays a vital role in ensuring states and families can return to work and achieve stability during the coronavirus pandemic. State pre-K programs, which serve 1.6 million children nationally, are one piece of that system; and policies governing these programs vary across states. This new Policy Outli

Minority students can become 'hyperpersistent' when they achieve better than middling grades
by Jonathan Kantrowitz / 2d
Reducing achievement gaps in undergraduate general chemistry could lift underrepresented students into a 'hyperpersistent zone' Scientists report that undergraduate students from underrepresented groups who score below a C- in general chemistry are less likely to persist in STEM classes than their classmates with similar grades, but they are much more likely than their peers to persist if they ea
Minorities Underrepresented After Affirmative Action Bans in Public Universities
by Jonathan Kantrowitz / 3d
Affirmative action was banned in California, Texas, Washington, and Florida in the 1990s. Following this early wave, additional states banned the practice, including Arizona, Georgia, Michigan, Nebraska, New Hampshire, and Oklahoma. In response to concerns about underrepresented minorities’ falling college enrollment in flagship public universities, administrators and policymakers took a variety

How effective are language learning apps?
by Jonathan Kantrowitz / 3d
Now more than ever, people who want to learn a new language turn to their mobile devices for help as language learning applications have become increasingly available. While these apps allow users to study a new language from anywhere at any time, how effective are they? That is a question Shawn Loewen, professor in the Department of Linguistics and Germanic, Slavic, Asian and African Languages a
High School Students' Expectations for a Career in Healthcare
by Jonathan Kantrowitz / 3d
Nearly one third of students expected to have a job in healthcare at age 30 either when they were freshmen in high school in 2009 or in 2012. The National Center for Education Statistics released a new Data Point report today June 9, entitled Male and Female High School Students’ Expectations for Working in a Health-Related Field (NCES 2020-082). This Data Point uses data from the High School Lon
Two recent reports on charter-schools lack substantive evidence
by Jonathan Kantrowitz / 4d
Two recent reports attempt to tease out some less-studied charter-school impacts. One asks whether levels of student misbehavior range lower in Pennsylvania charter schools compared with traditional public schools. The second asks whether the competitive threat from new charters alters how public school principals in Texas allocate campus budgets. University of California, Berkeley professor Bruc

Early childhood intervention programs may reap benefits across generations
by Jonathan Kantrowitz / 4d
Youth programs designed to prevent drug use and delinquency and support healthy development can reap lasting benefits not only for participants, but also for their kids, according to a decades-long study published June 10 in the Journal of the American Medical Association (JAMA) Pediatrics . "This is the first published study to show that a broadly implemented, early childhood prevention program
Boys' poor reading skills might help explain higher education gender gap
by Jonathan Kantrowitz / 4d
SHARE PRINT E-MAIL IMAGE: DAVID GEARY IS A CURATORS DISTINGUISHED PROFESSOR OF PSYCHOLOGICAL SCIENCES IN THE COLLEGE OF ARTS AND SCIENCE AT THE UNIVERSITY OF MISSOURI. view more CREDIT: UNIVERSITY OF MISSOURI Researchers at the University of Missouri and the University of Essex in the United Kingdom found boys' poor reading skills in adolescence, combined with the social attitudes about women att
Over half of public school districts need to update or replace multiple building systems or features in their schools
by Jonathan Kantrowitz / 4d
Full report About half (an estimated 54 percent) of public school districts need to update or replace multiple building systems or features in their schools, according to GAO’s national survey of school districts. For example, an estimated 41 percent of districts need to update or replace heating, ventilation, and air conditioning (HVAC) systems in at least half of their schools, representing abo
Boys Improve Dramatically in Gender Test Score Gaps Under Equal Behavioral Engagement
by Jonathan Kantrowitz / 5d
Girls tend to do better than boys academically, in part because they are more engaged in school. What if they weren’t? Using nationally representative data, this study examines how equal starting points and trajectories of behavioral engagement in elementary school could change gender test score gaps. The author finds that equal engagement patterns could entirely reverse girls’ average leads over
School Racial/Ethnic Composition Associated With Content Coverage in Algebra
by Jonathan Kantrowitz / 5d
This brief investigates the extent to which teacher reports of content coverage in eighth grade algebra classes vary according to school racial/ethnic composition. The analytic sample is comprised of eighth grade algebra classrooms in 111 schools across the country, with 9 schools that are predominantly Black, 20 schools that are predominantly Latinx, and 82 schools that are not predominantly min
Kindergarteners in 2017 had moderately lower math and reading skills than in 2010
by Jonathan Kantrowitz / 5d
Students’ level of academic skills at school entry are a strong predictor of later academic success, and focusing on improving these skills during the preschool years has been a priority during the past 10 years. Evidence from two prior nationally representative studies indicated that incoming kindergarteners’ math and literacy skills were higher in 2010 than 1998, but no national studies have ex
My Professor Cares: Experimental Evidence on the Role of Faculty Engagement
by Jonathan Kantrowitz / 5d
Despite a growing body of literature that instructors “matter” in higher education, there is virtually no evidence about how their actions influence student outcomes. This study provides experimental evidence on the impact of specific faculty behaviors aimed at increasing student success, testing the effect of professor feedback on student success in higher education classrooms though a "light-to
Medicaid Expansion and the Mental Health of College Students
by Jonathan Kantrowitz / 5d
Reported mental health problems have risen dramatically among U.S. college students over time, as has treatment for these problems. An open question is how healthcare access affects diagnosis of mental illness and treatments such as prescription psychotropic medication use. This study examines the effect of state-level Medicaid expansion following the 2014 implementation of the Affordable Care Ac

MAY 21, 2020 State Policies on Postsecondary Tuition Setting, Capping and Freezing
by Jonathan Kantrowitz / 5d
Colleges and universities across the country are announcing tuition freezes for the upcoming fall semester, in an effort to address financial hardships that students might be facing in the economic downturn caused by the coronavirus pandemic. While tuition caps and freezes can seem like a straightforward solution to affordability woes, the state policies dictating these actions are much more comp
3,000+ Higher Ed Students on Remote Learning and Their Plans for Fall 2020
by Jonathan Kantrowitz / 5d
Adrift in a Pandemic: In early 2020, colleges and universities faced an unexpected test when COVID-19 forced them to close campuses and deliver courses online. According to 3,089 North American higher ed students
Education Research Report
Back to Feed
Use left/right arrows to navigate the slideshow or swipe left/right if using a mobile device